We forgot the introductions!

Oh how rude of me.  I completely forgot the formal introductions to our littlesthead.

It was a pretty cold day on February 16th.  There was some snow left on the ground when we went to the hospital.  It was a planned c-section, so there was no rush to the hospital.  After all the pre-op and such, the littlesthead was officially born at 11:24 am.  What this mama remembers from the operating room... some super silly things.

When asked how I was feeling after getting epidural and whatever other fluids they were pumping into me, my response was "I'm actually hungry".  I was!  I wasn't allowed to eat anything for breakfast since my food/liquid intake had a midnight cutoff.

Right around that 11:24 mark, Dr. Gotzman, who was performing the procedure, says "What are you holding onto in there?" Apparently, the littlesthead was a grabby little guy and got a grip on something.  Good news, he did not bring any kind of souvenir out with him.  And, the presentation to mama and daddy over the blue curtain...littlesthead proceeds to show his love by spitting at his mama.  Yeah... love you too buddy. 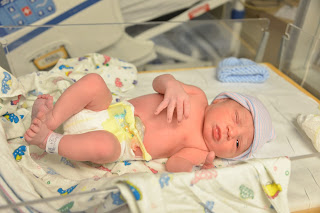 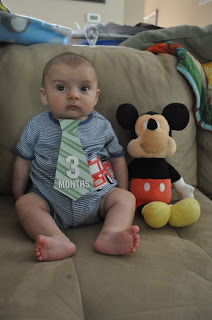 Littlehead and littlesthead are getting along well.  Big Brother is enjoying his promotion.  He loves holding his little bro, and entertaining him.  It's fun now that littlesthead smiles and laughs.  He is even starting to recognize familiar faces, including Big Bro.  I mean, look at the brotherly love. 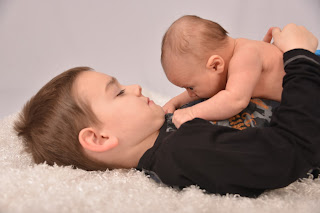 And let's say, these two definitely look like brothers.  Don't believe me...see for yourself. 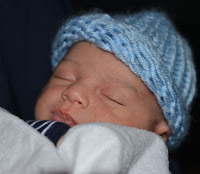