As an adult, it's somewhat frowned upon when you show up in Walt Disney World in a full costume.  Unless it is Mickey's Not So Scary Halloween Party, then by all means... dress the part (some rules do still apply)!  But, the way around the no costume rule, is an awesome thing called Disney Bounding.  There are sites and Pinterest boards dedicated to this movement.  To be a successful Disney Bounder, you can utilize clothes straight from your closet.

As a Disney fan, and a fan of dressing up to play a part, be it for Halloween or a play, Disney Bounding is definitely right up my alley.  So, I decided to give it a try during my latest trip to Mickey's House.  I had to pad my wardrobe a bit, but thanks to some local Thrift shops and sales, I was able design 4 different Disney Bounding outfits. 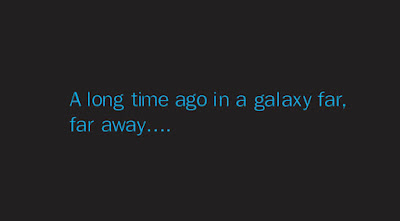 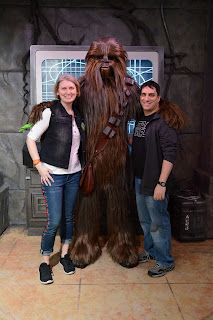 there was a girl who was not only a fan of Star Wars, but a huge fan of Han Solo.  That seems like a valid reason to create a Han Solo inspired outfit.  I found an awesome pair of capris with eyelets along the side, perfect for adding Corellian Blood strips, at my local Marshalls.  The Henley shirt and black denim vest were both found on Amazon for a decent price, and thanks to Amazon Prime, shipping was FREE!  Naturally, this Han Solo had a meet and greet with the number one Wookiee, who recognized his best buddy immediately. 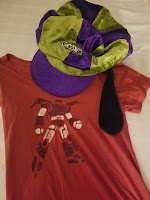 My three old son is quite the fan of Big Hero 6.  What's not the love?  A big huggable robot who moonlights as a Super Hero!  I knew that I was going to have the opportunity to visit Baymax in Hiro's workshop.  Every Baymax needs his Hiro.  And that was my choice for Disney bounding in EPCOT.  I found a red tee at a Thrift shop, that was perfect to use my craft skills, and add the robot as seen on Hiro's tee.  I only had to go as far as my closet for the cargo capris and the blue hoodie to complete the ensemble.  The photo opportunity would not have been complete with a Ba La La La La La La. 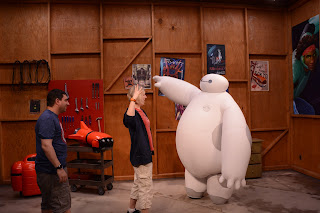 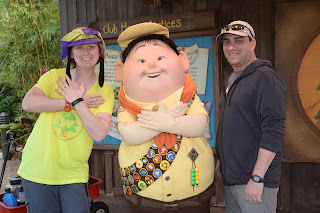 Animal Kingdom took a little extra thought.  I knew the Wilderness Explorer was an obvious option, because the Wilderness must be Explored!
But I also wanted to incorporate something from the new World of Pandora.  Well, there are two groups who help provide us Terrans an unforgettable experience in Pandora: Alpha Centauri Expeditions (ACE), the eco tour group responsible for getting us to Pandora.  And Pandora Conservation Initiative (PCI), the group of scientists and conservationists who give us the ability to "fly"on a Banshee through the Mountain Banshee Project. 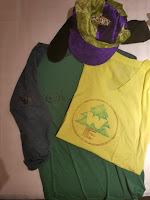 I am a scientist at heart.  In fact, there was a time in my life I was going to be a Marine Biologist, and science still is a passion of mine.  If I were relocated to Alpha Centauri, I would see myself working as a member of the PCI.  In my imagination, I wouldn't just be a part of research, I, through my Avatar, would be an Ikran Makto... a Banshee Rider.  And that is just what I became on my visit to Pandora, thanks to my Disney Bounding idea. 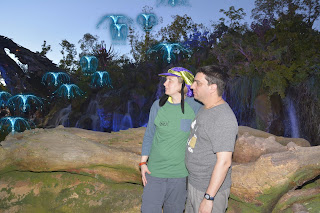 There we have it.  My first attempt at Disney Bounding in Walt Disney World.  I hope to incorporate more ideas on our next visit.  I'm always looking for the not so obvious.